Coffee is a difficult habit to break. My husband still drinks coffee, even though I have tried different things to help him break this habit. He has given it up for awhile, but eventually goes back to it. So, I decided to find some coffee that would help him instead of hurt him. Here it is, REAL Coffee, with a special high quality herb called Ganoderma lucidum added to every cup.

First I want to discuss the serious detrimental effects of Coffee. The main problem is its high caffeine content. Caffeine is a stimulant drug which stimulates the central nervous system. Consuming too much caffeine can lead to jitteriness, anxiety, heart palpitations and may even exacerbate panic attacks. It is diuretic and increase one’s blood pressure.

Other Problems with coffee is that it is a strong pro-oxidant, which greatly increases oxidation within the cell. This means that we will age much faster. Coffee can disrupt sleep. It is also believed that diterpenes in coffee may increase the risk of heart disease. Coffee is acidic (pH 5.0–5.1). This alone is a great problem.

Contrary to regular coffee, Organo Gold coffee contains the herb Ganoderma which has been known to alkalize and oxygenate the body to establish the foundation of a lifetime of good health. This effect removes the basis for disease, as no disease can survive in a super oxygenated environment.

History – The King of Herbs

For thousands of years, Ganoderma lucidum has been recognized by many as the highest ranked of all herbs. The Chinese name for Ganoderma, Lingzhi, means “spiritual potency”, while the Japanese name, Reishi, can be translated as “King of Herbs”. Ganoderma has been popular in Chinese medicine for over 2,000 years and is often called the “mushroom of immortality.”

Now, Ganoderma is gaining recognition in the West and has become famous for a wide array of impressive medicinal properties. There really isn’t space here to go into detail, but much study and research has been done on this amazing herb. Some of its health benefits are:

Just think ALL of this in a cup of coffee!

Ganoderma lucidum has a long history of use for promoting health and longevity in China, Japan, and other Asian countries.

It is a large, dark mushroom with a glossy exterior and a woody texture. The Latin word lucidus means “shiny” or “brilliant” and refers to the varnished appearance of the surface of the mushroom.

Ganoderma has been recognized as a medicinal mushroom for over 2000 years, and its powerful effects have been documented in ancient scripts (Wasser 2005).   In the Supplement to Classic of Materia Medica (502-536 AD) and the Ben Cao Gang Mu by Li Shin-Zhen, which is considered to be the first pharmacopoeia in China (1590 AD; Ming dynasty), the mushroom was attributed with therapeutic properties, such as tonifying effects, enhancing vital energy, strengthening cardiac function, increasing memory, and anti-aging effects. According to the State Pharmacopoeia of the People’s Republic of China (2000), G. lucidum acts to replenish Qi, ease the mind, and relieve cough and asthma, and it is recommended for dizziness, insomnia, palpitation, and shortness of breath. 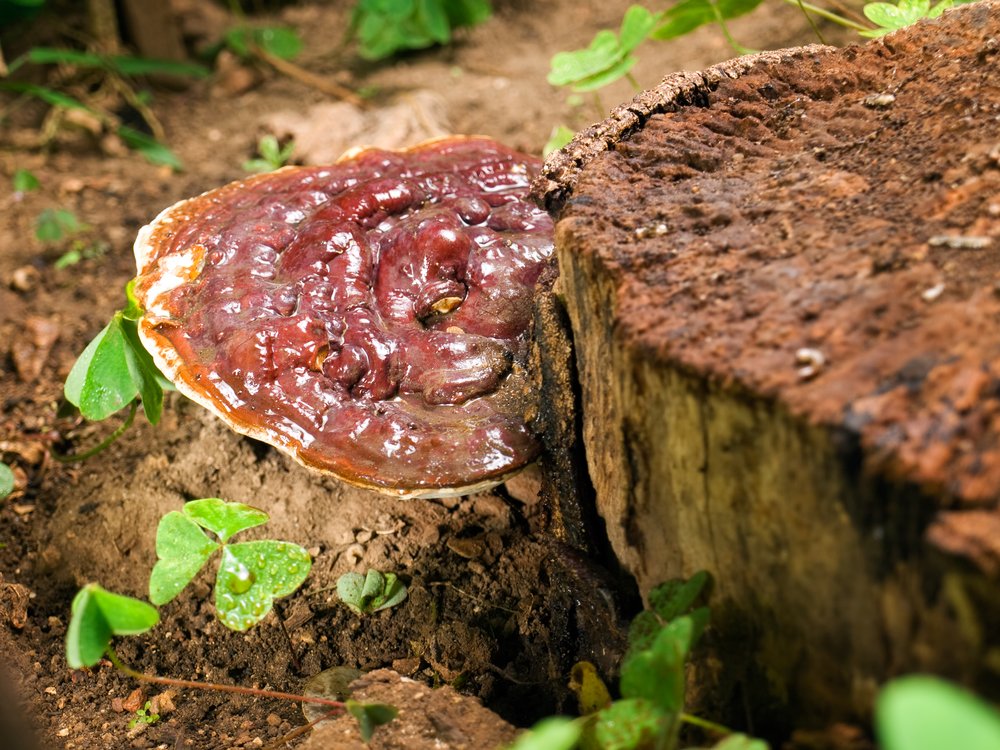 Besides these mentioned, Ganoderma is said to also, help fight and inhibit free radicals, reduces fatigue and improve sleep, increases brain power and clarity, and help eliminate toxins from the body.

I trust you have gained more understanding of this amazing herb and will incorporate into your life.

To celebrate our 1st Ever Black Friday at Herbs4You, we are offering discounts on our new gift boxes and free packaging so you can give the gift of health to your loved ones this holiday season! Learn more about each gift box: Beauty BoxOur new Zoe Beauty line of all...
Read More

Herbal Composition Powder is an amazing formula that should be a staple in every home! Dr. Nowell, an old-time instructor at the Dominion Herbal College of Vancouver, British Columbia, stated in a textbook, “We have made and used composition powder for over forty...
Read More

A Tasty Way to Detox

It is a great time to detox before the winter, so we are spotlighting our Detox Tea! Detox TeaDrinking Detox Tea is a simple way to detox your body. It is not only delicious, but it can take the place of coffee and tastes similar to Chai tea. Delicious hot with cream...
Read More

Weed Feed is this Saturday!  Here's some more detail about some of the dishes we will be serving: Kimbira GoboThis dish is made with grated carrots and burdock.  Stir fired in Sesame oil and seasoned with Soy Sauce.  It is a Japanese side dish often service in the...
Read More